The home of The Canadain Penguin Revolution

got a forfiet point

got a forfiet point

hope i put it in write place

2. Human beings are stupid - It's obvious. See Home for details.

3. All are important in some stupid way or another - Never discard anyone. They're all useful. For example, if in war, you have a really annoying idiot of a soldier, then consider the human shield...or if you really have to discard that person, do it so in a USEFUL way.

4. To be heard, you need a loud voice - Speak up! Do whatever it takes to get someone's attention when you need to. Shout in their ear. Slap them upside the head. Just be careful not to try this on someone ten times as large as you.

5. No one got rich by sharing the wealth - Charity is usually not worth it. More of the money you give goes into making little poorly done Charity Way big donor plaques that you can use to cover up stains on your wall than to those who need it. Now think about this, if you wanted to cover up a stain on the wall, just go out and buy a plaque yourself. It'll probably look nicer too.

6. Reality is defined by mostly stupid people - Many stupid people, in fact, all human beings, like to make up absurd little things that make absolutely no sense. You don't have to believe anything they tell you. It's what you believe...namely, that they're stupid.

7. Shut thy mouth; open thy eyes - Odds are that if you open your mouth, there's a 50% chance that something stupid will come out of it. Or if you're a human being, there is a 100% chance something stupid will come out of it. Rather, don't open your mouth at all--except to breath, eat, or drink, but even then, shut it ASAP-- and listen to other people make fools of themselves. It's great and cheap entertainment

8. Mind thy own business, or at least pretend to - Curiosity killed the cat. Luckily for the cat, it has nine lives. Penguins aren't so lucky. We only have 3.14159 lives. If you're going to snoop around, don't be obvious about it.

9. Penguins are a superior form of life - We may look fat, waddle, and seem to lead pointless lives. However, these standards are defined by human beings. Therefore, since human beings are stupid, we can take it to mean that our chubby waddly pointlessness is really an intelligent ploy to disguise our intents at world domination.

10. Smart people should handle things - There's a reason why Bill Gates is in charge of a powerful monopoly and not you (unless you're Bill Gates, but odds are you're not). Anyone who can market unstable products named after things that break and is taken from other companies named after fruits, create a monopoly, make a profit, and thumb his nose (what the hell is nose thumbing anyway?) at the U.S. government is obviously intelligent. We believe that Bill Gates has 75% penguin DNA. The other 25% must be why he's in trouble with this whole Anti-trust issue.

11. Never stand upside down while hopping on one foot - This is the basic rule of life. Don't do anything stupid.

12. It's your fault - . This came after penguins discovered the institution of marriage. Basically, this means for the penguins that whatever mistakes occur, they can always blame human beings, because of teaching number 9.

From these valuable lessons, modern Penguinist philosophy evolved. If human beings are stupid and penguins are smart, then obviously we should let penguins handle things because they are smart. this form of entertainment will last us a very long time.

Human beings tell many lies and try to pass it off as common sense and reality, so we must open our eyes and see things in new penguin light. In order to persuade the human beings of this, we will talk very very loud.

Once we achieve total domination, we shall let the humans be and not pay too much attention. With any luck, they will be harmless as soon as they are hypnotized by sitcom television. However, in order to ensure that invading space aliens do not wipe us out, we shall keep the human beings as slaves to be used as bargaining tools in the event of interplanetary war.

We considered giving the human beings some true power but decided it was rather pointless. However, if you humans join the Canadian Penguin Revolution, we'll ensure you have first choice is deciding which sitcoms you may watch...and if invading space aliens come, we'll label you as petting zoo and observation slave labor instead of edible slave labor. We figure it's a very good deal.

Unfortunately it was taken down by admins for spamming 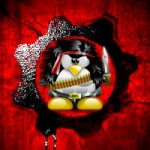 we should complain to the admins. it was a politicaly influenced article about joining our party. they had no right to do that. 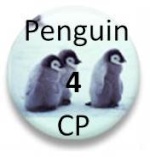 The admin is already crazy, I'm not sure what would make them listen. 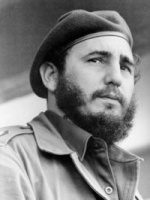 I'm not sure I want to be in a petting zoo. >.>
And also, the Penguins have pie lives? lol

Charles Powell wrote:I'm not sure I want to be in a petting zoo. >.>
And also, the Penguins have pie lives? lol

Charles Powell wrote:I'm not sure I want to be in a petting zoo. >.>
And also, the Penguins have pie lives? lol

Don't worry we consider you a penguin

Similar topics
» Talon Fighter, Point Dread & Teela
» Toonstruck 2 will be released if you want it bad enough!
» Looking for a game i played in the 90's
» Rare Points
» SD Gundam Capsule Fighter